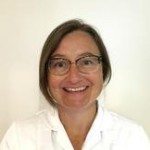 Updated 3 years ago by Lynn Peters

Ms. P has endured low-back pain for over three months and also an occasional tingling into her thigh upon standing after sitting for a long time. However, there was no obvious cause for the pain. Ms P had been on a diet and lost a significant amount of weight in order to stop her back pain that she used to get slightly higher up her back. Her lower back had been niggling for some time but was becoming more constant with standing.

Upon examination, it was apparent Ms. P had extremely mobile joints. When people are very overweight with poor core strength, their abdominal weight effectively pulls the lumbar spine forwards, increasing the lordotic curve and this gives raise to pain in the upper lumbar spine, which is where Ms. P had experienced pain before her dramatic weight loss. As she had adapted to less abdominal weight, the lordosis (curve) in the lumbar spine would have reduced, so that the weight was not ‘hanging off’ the anterior upper lumbar vertebra causing pain. Unfortunately, the weight was now felt in the area between the bottom of the lumbar spine and the sacrum – this is normal but to Ms. P, a new experience.

Her upper spine was quite kyphotic (rounded) as if her lumbar spine had returned to a normal position but the thoracic spine had remained in an adapted position to account for her previously deep lordosis.

Treatment was focused around her pelvis, lumbar and thoracic spine. I articulated all the vertebrae in her back and around her pelvis to allow them to return to a more neutral position. Ms. P had extremely tight hamstring muscles due to ongoing low-back pain so they, along with other hypertonic muscles, were eased with muscle energy techniques – a technique where the muscle in contracted and then stretched. Some HVTs (high velocity thrusts, or ‘clicking’) were done along her thorax, where movement was restricted. And soft tissue techniques were employed to ease muscles and joints around the area.

Ms. P was given exercises for hip stabilisation, sacrum articulation, thoracic spine articulation, pelvic floor and core strengthening exercises. She was compliant with the exercises and started Pilates classes as suggested a few weeks later. She responded well to treatment and had a further two treatments. She was advised after the third treatment to come back if she felt the pain was recurring but although I have seen her family members, she has not needed to return as a patient herself.

How did we do?

(opens in a new tab)